​Likely Source of Contamination was Use.
This case study involved a family of 2 adults, 2 children, and their full time nanny, who lived in a family-owned suburban home. The father was found to be using methamphetamine over a number of years. The parents were in the process of separation at the time of this study, with the father having moved out of the home. The mother was concerned about the health of the children living in the property, with a number of behavioural issues observed in the children whenever living at the property. The property was tested and was found to be contaminated. Contamination was also found in the boot of the car, suggesting methamphetamine was used in the family car. The levels of contamination reported in the initial testing were found to be higher than would be expected for use alone, however there is no evidence or indication that manufacture ever occurred. The family moved out of the home, leaving possessions behind.

22 of the 63 participants of this study reported health effects as indicated by levels of contamination reported in the green section of the below chart. This means that the persons residing in this contaminated property may have suffered: Behavioural Issues, Heachaches, Sleep Disruption, Immune related disorder, Respiratory Issues, Eye issues and Skin irritation.

Of note is that the health of the children was affected whenever living at the property, with a number of behavioural issues observed in the children. Contamination was also found in the boot of the car, which the family would have been using.  When the family moved out of the home, they left their possessions behind. 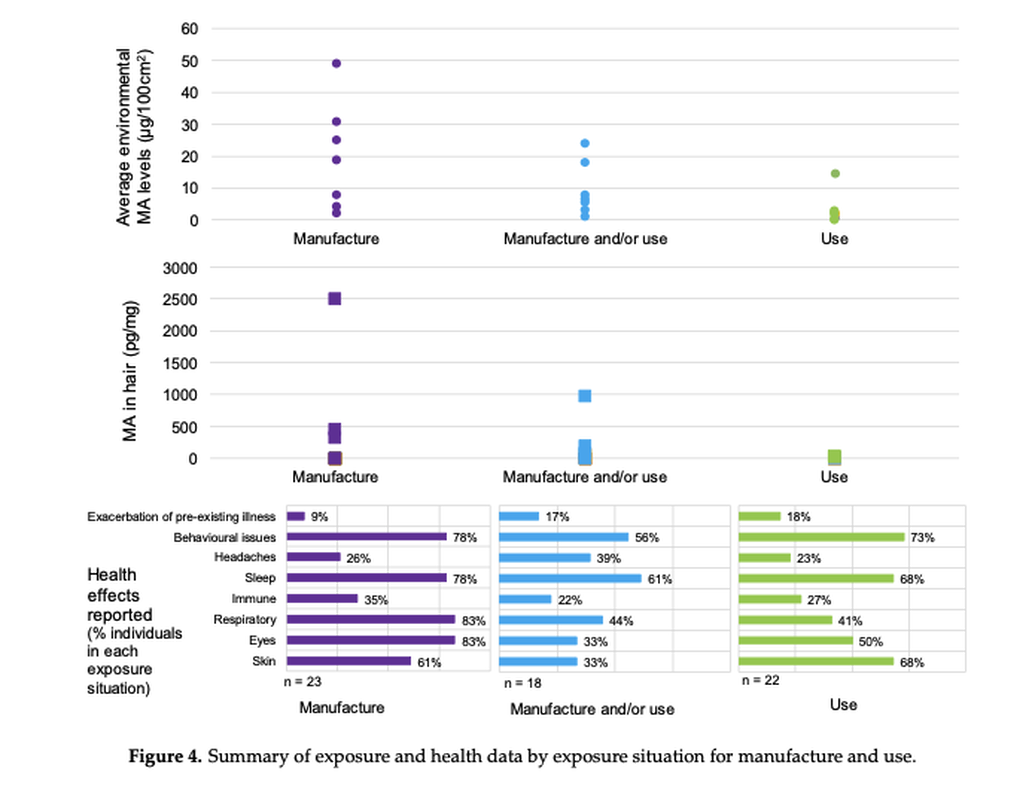