BOOK A TEST
TO FIND OUT MORE ABOUT THE RIGHT TEST

FOR YOU AND USING THE

HAVE YOU FOUND A HOME THAT YOU ARE KEEN TO BUY OR RENT?
A QUALIFIED PROFESSIONAL METHAMPHETAMINE CONTAMINATION TEST
IS NOW HIGHLY RECOMMENDED FOR ALL PURCHASES AS PART OF THE TOXICOLOGY REPORT FOR YOUR SALE AND PURCHASE AGREEMENT
Meth contamination affects YOU and YOUR families health.
And the cost to clean up your investment can cost you thousands.

The New Zealand Standard for Testing and decontamination of methamphetamine-contaminated properties
outlines the required qualifications in order for companies to be able to conduct meth testing in New Zealand.

Our three part video series below, explains this so that you can understand your obligations when using a sampling company or a laboratory.  Meth Xpert NZ only use IANZ Accredited Laboratories for analysis.

These qualifications will become law sometime in 2019 with the passing of the Residential Tenancies Amendment Act.

​Meth Xpert NZ are proud to be both an IANZ Accredited Inspection Body and have samplers that are NZQA Certified.

WHY US - TEST FOR METH

Under the new Sale and Purchase Agreement, a Toxicology Report may be required. If so, it must be conducted by a qualified sampler and comply with the New Zealand Standards.

Meth Xpert NZ are very proud to be the first company in New Zealand to fully comply with the New Zealand Standards.

Meth Xpert NZ embrace the standards as this promotes professionalism within the industry.

We are trained in all aspects of property contamination including decontamination so we can provide detailed reports and expert advice on remediation and clean up. However, as an IANZ Accredited Independent Methamphetamine Sampling Company, we don't do the clean up meaning you can be sure you are getting the best, unbiased advice as per the New Zealand Standards NZS8510:2017.
CLICK HERE TO CALL US NOW!

“According to the Drug Harm Index, which is published by the Ministry of Health, the social cost each year per kg of amphetamine-type stimulants is $1,239,000 – making the social cost of the methamphetamine supply uncovered by this investigation nearly $25 million.” Click here to read more...
Click  to watch TVNZ's report on Meth Use in New Zealand from Friday 10th of February 2017

Excellent meth documentary by Paddy Gower. Part One explores supply and distribution to and in NZ, and the cost of "P" both money wise and individually. 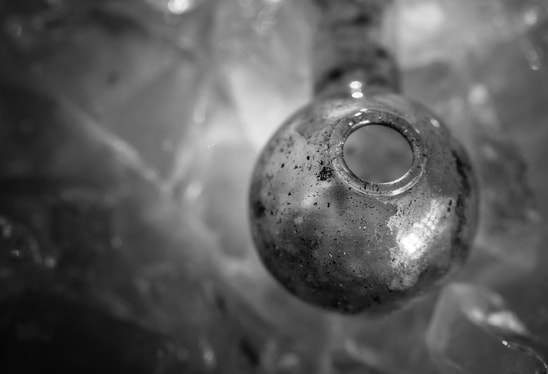 Click here for the latest on Meth in the News

EXPOSURE IN YOUR WORK ENVIRONMENT

So, you begin the house buying process, or you are looking at a rental property. At first glance, the property is clean, tidy and well kept. But it’s not the first glance you should be concerned about. Only a Meth Test will help you detect the contamination.

The toxic chemicals used by the cooks in the manufacturing process of meth vary from drain cleaners to ammonia to paint thinners to batteries to gas from camp stove canisters and many more.

Those chemicals may have permeated the surfaces of your potential new home. It may well be a toxic environment.
Living in a home that has been a meth lab can cause health problems.

Exposure through inhalation or ingestion of these chemicals over a period of time can result chronic toxicity.  This is where the level of toxicity in the body exceeds the bodies ability to deal with the toxics.
​
Those people who willingly work in a toxic environment wear hazardous materials equipment, the HAZMAT suit, breathing apparatus, gloves, etc. They are taking the necessary precautions because they are AWARE of the toxicity in the environment that they choose to be in.

EXPOSURE IN YOUR HOME

When you buy or rent your new home, you are most definitely not choosing to live in a toxic environment. It’s not something you would expect and you most certainly would not wear a full hazardous materials suit to live in your own home.

Long term exposure, the long term inhalation and ingestion of these toxic chemicals is a risk that the meth cooks take when they are making P. But those of you who choose to live in a home that has been used in the manufacture of methamphetamine are at risk long after the meth lab has been found by police or shut down by those who run it and moved to another address.

Your children at most at risk. Those who reside in a house that has been used to make P face an increased risk of chronic toxicity and the health effects that prolonged exposure to the chemicals used to make meth.  Don't take the risk, Get Meth Tested Today!
CLICK HERE TO CALL US NOW!

Symptoms and effects are varied. In 2010 the Ministry of health issued the Guidelines for the Remediation of Clandestine Methamphetamine Laboratory Sites.

Clearly not the same as ingesting or inhaling a “fresh” quantity of the drug itself, but over long term chromic exposure, the symptoms can build.  To see graphic evidence of these symptoms, check out the “Meth Effects” page (Warning some images are shocking in nature)
​
This document defines Chronic Exposure.  “Chronic exposure occurs over an extended period of time, such as months or years.  A chronic health effect is one that usually appears after a lengthy period of time, possibly years.  Not much is known about the chronic health effects from clan meth labs.  However, there is scientific evidence from animal and human toxicity studies that shows the chemicals used in the manufacture of methamphetamine can cause a range of health effects.  These include cancer, damage to the brain, liver and kidneys, birth defects and reproductive problems, such as miscarriages.”
It then goes onto the explain “Exposures to clan meth lab chemicals or by‑products over a long period of time (chronic exposures) may cause both long-term and short-term health effects.  Long-term exposures to volatile organic compounds (VOCs) may result in liver and kidney damage, neurological problems, and increased risk of cancer.  Benzene is a VOC known to cause cancer.  Even at low levels, exposures for long periods by people living in a former clan meth lab site could result in serious health effects.”

Recent studies (Aug 2020) on the exposure to meth lab chemicals, show there is strong evidence that suggests they pose a serious health risk.

This study, from Flinders University in Adelaide, Australia, collected information from 63 individuals in 25 separate case studies where the subjects had unwittingly suffered third-hand exposure to methamphetamine from former manufacture, use, or both.

Data included environmental contamination data, information on subjects’ health effects, and evidence of exposure using hair analysis. This study identified a range of health effects that occur from residing in these properties, including behavioural effects or issues, sleep issues, respiratory effects, skin and eye effects, and headaches from one case study (Case Study Fifteen) as low as 0.13 μg/100cm².

A VICTIM OF METH EXPOSURE

In this instance, the victim was not residing in a meth house, but next to one.

It goes onto say that when she saw medical professionals they even went as far as asking whether she was on drugs, which later blood tests confirmed she was not.

In the article, the meth victim states "I started complaining of being sick within two months of living at the Newcastle Rd house…Every second week, a new symptom would occur. At the beginning I suffered from absence of time, where I'd black out but my eyes would be open and I'd still function…Then I started getting blurred vision and walked into objects and people. In the end, I had migraines every day."
​
She goes onto say that the family washing smelt tainted from the chemicals that emanated from the meth house.  "The washing on our line always had a strange, chemical smell. Mum would have to rewash the clothes."
Let’s be clear, this lady was not actually residing INSIDE a meth house, she was living next door to one and yet the toxic exposure she suffered resulted in chronic toxicity.
CLICK HERE TO CALL US NOW!

P CONTAMINATES EVERYTHING IT TOUCHES

The article seeks advice from Dr Wayne Temple, director of the National Poisons Centre.  He states “a number of harmful solvents are used to make methamphetamine…There are a lot of solvent emissions and acid mists because it's not like a lab situation where they have fume hoods...The cooks are venting chemicals outside the house, so if washing is nearby it could be covered in those things.”

Dr Temple goes on to quote an American study stating “It (Amphetamine) was found on the carpet and walls, people got it on their clothes, and it was tracked outside. A teddy bear with a jersey was put beside one of the cooks, and the jersey ended up with an extraordinarily large amount of amphetamine on it…There have been instances where cooks have been found dead at the scene…That's why the police and forensic people go in suited up. It looks like overkill, but they don't know what they're going to find."

The meth user vaporizes the p crystals by heating them. This creates a vapour that behaves like smoke.  Just like you can “smell” a smokers clothing and house, the meth clings to surfaces and, upon cooling, can again form into crystals.

These crystals contaminate the surface they are on. These surfaces that you and your family, your children and crawling babies, then touch and spread the contamination through your skin, eyes, nose, mouth and so on.

The lady in the article mentioned above was living next to a p lab and inhaled the vapours in what is known as second hand meth smoking, much like second hand tobacco smoking.

As a meth contaminated house warms through heating, these crystals can produce methamphetamine vapour. This is known as third hand meth smoking and can deliver the meth to your lungs. Testing for Meth can help protect your asset's.  Get Meth Tested today, call us now!

THE WAR ON METH IN NZ HAS FAILED

Video from the AM Show. Sadly, the use of this insidious drug has reached an epidemic and continues to ravage our communities.  The only way to know if you have a problem is to test for meth contamination. Use the Xperts and become Meth Safe.  Click below to watch.

Regardless of whether it is second or third hand meth smoking, repeated exposure can  lead to the reported symptoms of similar nature to that of the first hand meth addict. Loss of appetite, an inability to focus and concentrate, anxiety, breathing difficulties, balance issues, sinus problems, headaches and many more different symptoms that manifest themselves.

The differing symptoms can be the result of “where” the victims are health wise, that is, if a healthy sport orientated adult was exposed they may have less symptoms that someone who is immune system compromised, such as a person with a chronic illness.

If you or your family have been exposed, don't delay, Get your property Tested for Meth Today by IANZ Accredited Meth Xpert!
CLICK HERE TO CALL US NOW!

YOU AND YOUR FAMILIES HEALTH

At MethXpertNZ we have you and your families health first and foremost in our minds.

We are proud to say that our meth testing process is robust and withstands the intense scrutiny that police legal proceedings require.

With cabinet report showing that the drug has become easier to obtain in the past year and with seizures of “Pure” (which is what “P” stands for) at a record high, Meth is fast approaching epidemic use, if it is not already there.

The consequences of inaction far outweigh that of action. Can you afford to leave you and your families health to chance?
​
If you want to know what the best meth detection company is, look no further, call us now for Xpert advice about your Meth Test.
CALL US NOW

We are members of the Methamphetamine Testing Industry Association New Zealand